Truly and Humbly: Memories of the first Apology 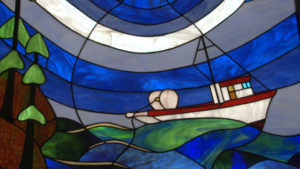 Truly and Humbly traces the memories of Canada’s first apology to Indigenous people by any Canadian institution.  Made in 1986 by the United Church of Canada at its General Council meeting in Sudbury, Ontario, the first apology is more than a piece of church history and a turning point for Indigenous people.  As a Zen Buddhist practitioner, filmmaker Hoi Cheu believes that, although people’s memories fade over time, they gain wisdom.  In conducting the interviews, therefore, he focuses on thoughtful reflections on the event.  Through the reflections of the participants in the historic event, including Alberta Billy who requested the apology and Right Rev. Bob Smith who led the Church at the General Council in 1986, the film orchestrates a mediation upon the implications of apology and the call for actions thereafter.  In this regard, the United Church’s history serves as a prelude to Canada’s journey towards reconciliation. 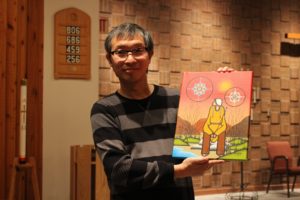 Dr. Hoi Cheu is a professor at Laurentian University in the Department of English where he teaches film theory and applied media aesthetics. He is the Director of the Laurentian Film Studio for Knowledge Communication, as well as the Centre for Humanities Research and Creativity. Dr. Cheu moved to Sudbury in 1987, and has been instrumental in filmmaking and bibliotherapy here ever since. He works with researchers from the Northern Ontario School of Medicine and the Centre for Rural and Northern Health. He was also the producer of the film Lost in the Woods: Traversing Rural Children’s Mental Health Care, The Journey Home: The Outdoor Adventure Leadership Experience and wrote Cinematic Howling: Women’s Films, Women’s Film Theories, which was nominated for the Canadian Women’s Studies Association Book Prize.

All Native Circle Conference response to the Apology

Meet the Participants from the Documentary

For further information and resources contact the Librarian Natasha Gerolami at Huntington University.

Created with funding from Huntington University